Blog - Latest News
You are here: Home / The mislabeling of tea tree essential oil as a poison

Search for tea tree (Melaleuca alternifolia) essential oil (TTEO) on the Internet and you will find multiple websites — even government maintained — with stern warnings not to ingest it because it is a poison. As I reported previously, the ingestion of essential oils is disappointingly controversial but TTEO is especially denounced as harmful. This blog is meant to explore the evidence behind the mislabeling of TTEO as a poison.

What is tea tree essential oil?

TTEO is the volatile and aromatic constituents obtained from the leaves of the Melaleuca alternifolia plant. It is native to Australia and has a rich tradition in indigenous medicine systems there. Aborigines in Australia used the healing powers of TTEO topically to treat wounds, cuts, injuries, and infections. The leaves were also soaked in water to make an infusion for sore throats and colds. Additionally, it is believed that the indigenous Bundjalung people of eastern Australia inhaled the oil from crushed leaves to treat coughs and colds.

Modern research has discovered that tea tree is helpful for acne, oral health, warts, wound cleansing, head lice, dermatitis, inflammatory conditions, and influenza infections to name a few. This research has led to a resurgence of this ancient remedy from the Australian bush.

Tea tree is a predominantly monoterpene alcohols and monoterpenes with some sesquiterpenes and sesquiterpene alcohols present. Its major constituent is terpinen-4-ol (4-terpineol), which is typically within the range of 35% to 48%. The monoterpenes gamma-terpinene and alpha-terpinene are also typically found in moderate to significant amounts. Other key constituents include 1,8-cineole (eucalyptol), alpha-terpineol, alpha-pinene, terpinolene, para-cymene, delta-cadinene, aromadendrene, and ledene (viridiflorene). See page 459 of Medicinal Essential Oils for more information about TTEO composition.

What does the evidence from animal studies show?

A key point of this discussion is that virtually anything that can produce a therapeutic effect also has the potential to produce a harmful or toxic effect. Several factors determine whether you experience a therapeutic or harmful effect, such as your current state of health, height, weight, age, and most importantly the amount used. Small children are more susceptible to toxic effects of therapeutic substances.

Animal evidence shows that TTEO can be toxic when ingested in very large doses. The amount required to cause the death of half of the animals in a study is called LD50. The LD50 for rats was determined to be 1.9mL to 2.7mL per kilogram (kg) of body weight. (1) To put this in perspective this is equivalent to a 154-pound (70 kg) adult ingesting 133mL of TTEO. They also found that 1.5g/kg caused the rats to be lethargic and ataxic (lack of voluntary coordination of muscle movements). Another study pegged the rat LD50 at 1.9g/kg. (2) To give you an idea of how much this translates to in human consumption, the same 154-pound adult would need to consume more than 26 teaspoons of TTEO to consume that much. No reasonable person would consume these amounts of TTEO.

The data above certainly doesn’t merit labeling peppermint, anise, and lavender as poisons. So why is tea tree singled out with this dubious title?

Aspirin has an LD50 of 0.2g/kg in rats (6) — far lower than TTEO — but it isn’t being labeled as a poison with warnings in all caps stating not to ingest it. Instead, people are informed about reasonable doses that will not cause death. I doubt people Google to see if aspirin is a poison before using it. People consume caffeinated beverages indiscriminately without considering if it is toxic or a poison. It too has an LD50 far lower than TTEO at 0.367g/kg in rats. (7) Should people be advised to call poison control centers when they ingest a cup of coffee?

Remember, water is a life-giving and vital substance, but even drinking too much of it can cause water intoxication — a condition where excess water enters cells causing cells and tissues to swell. Should we then label water as a toxin, or would it be more reasonable to recognize it as a healthy means of hydration when used in reasonable amounts?

Reviewing the evidence in humans

Toxicity has also been reported in human case reports. Two cases of toxicity in adults are reported in the literature. One adult ingested half a teacup (most modern teacups hold 150mL of liquid, suggesting this individual ingested 75ml of TTEO!) of TTEO and the other half a teaspoon full (2.5 mL; which he had ingested previously without problems). (9) Both of these are examples of extreme doses and far beyond reasonable oral use of TTEO.

Most cases of toxicity occur in children. A 17-month-old child and two additional children who ingested less than 10mL (again a whole lot of TTEO) experienced drowsiness and ataxia. (10)

One case report states that a 4-year-old boy consumed a “small quantity” of tea tree oil, which caused ataxia within 30 minutes that progressed to unresponsiveness. (11) His symptoms improved with treatment over the course of ten hours and he made a full recovery. The term small quantity is very subjective and leaves open the possibility that he ingested what would be considered a large quantity in medical aromatherapy.

Several cases of toxicity have involved the ingestion of 10 to 25 mL of tea tree oil.(12) Again, these are extreme and not reasonable doses. Even the National Institutes of Health admits that TTEO “ingestion, demonstrate that at relatively high doses, TTO causes Central Nervous System depression and muscle weakness.” (13) They also state the symptoms generally resolve within 36 hours.

I find it particularly odd that a U.S. state poison control center states “Tea tree oil causes rapid onset of lethargy, confusion, ataxia, hypoventilation, and coma after ingestion of as little as 10mL.” (14) 10mL is hardly a “little” amount in medical aromatherapy, highlighting the inadequate knowledge of essential oils that is rampant among Western-trained health professionals and government agencies.

What we learn from these case studies is that we should limit TTEO ingestion to reasonable amounts and avoid it in children under age six. Indeed, ingestion of tea tree is likely best reserved for teenagers and adults.

Some question the need for ingestion of TTEO. Certainly, topical application has vast and varying benefits, but a systemic benefit is best achieved when essential oils are taken orally. We know that TTEO prevents an early stage of replication of the influenza virus (15) and therefore sublingual or TTEO in a capsule can be helpful to support the immune system. Epigenetics is an emerging and exciting field that we are just beginning to understand who essential oils influence the human genome. Research revealed in a landmark study that TTEO positively influences genes related to hormone function in men and women. (16) Again, a systemic benefit would best be achieved by taking TTEO orally. TTEO has vast application and oral administration is reserved for cases that demand it for maximum benefits. This isn’t the first time people untrained in the clinical use of essential oils and without proper knowledge or the required thousands of hours of study have spread poor and misleading information about essential oils. You’ve probably heard that lavender and tea tree will make your boys develop breasts. Well, this couldn’t be farther from the truth and falls more in the realm of pseudoscience. See my video rebuttal of the “research” here. The fact is you need to check facts posted on social media and the Internet against credible experts and resources that follow an evidence-based approach.

Based on the above evidence, it is abundantly clear that TTEO has an undeserved reputation as a poison when ingested. If we continue to call it a poison, we should also include caffeine, aspirin, and other substances with similar toxicity profiles.

Can toxicity occur when it is ingested? Absolutely. But, we must consider the extreme amounts required to ingest before we arbitrarily call a beneficial essential oil a poison. Individuals should seek qualified advice from an expert trained in the oral administration of medicinal essential oils before ingesting TTEO. If you are uncomfortable with ingesting TTEO, don’t. No one is forcing you to do so. However, you may be missing out on benefits best achieved through this administration method. 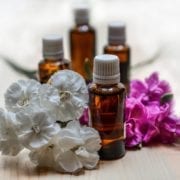 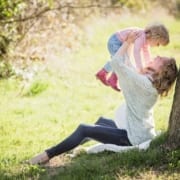 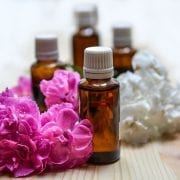 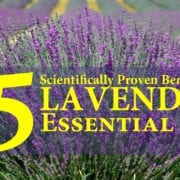 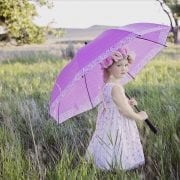 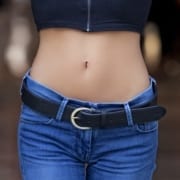 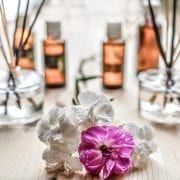 Essential oils: The unacknowledged and underutilized superheroes of the global superbug crisis 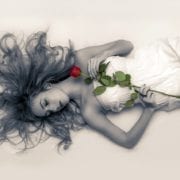 Do you know the anti-aging benefits of essential oils?
1 reply