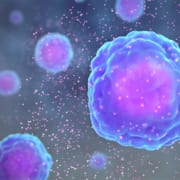 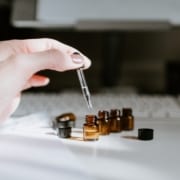 With growing concern over COVID-19 (Wuhan coronavirus 2019), many people are wondering which essential oils are antiviral and might help them stay healthy all season. Infectious illnesses, caused by a variety of pathogens, are more common during certain times of the year. While we don’t have research showing the direct activity of essential oils against COVID-19, researchers have discovered multiple essential oils have antiviral properties. This doesn’t mean we can use these oils to prevent or treat COVID-19, but does show many oils have demonstrated antiviral properties against a variety of viruses. Use of these essential oils may support the normal protective activities of your immune system.

Researcher shows the following essential oils are antiviral and the virus they were effective against: (1)

Note: Most of the above were gathered from Medicinal Essential Oils: The Science and Practice of Evidence-Based Essential Oil Therapy. See this book for the references and more information.

Further research is needed to determine if these preclinical studies translate to humans. In the absence of clinical research to show how much of each oil to take and how to use them, savvy essential oil users know the best protection comes from using them three ways: aromatically, topically, and orally (for those that are labeled as dietary supplements, pure, and unadulterated).

Here are some general guidelines for using essential oils:

Aromatic: Add 2 to 4 drops of your chosen oils per 100 mL of water in your favorite diffuser. Diffuse in multiple rooms to keep your environment clean.

Topical: Apply 2 to 3 drops of oil in mixed in a carrier oil and rub on the upper chest and back or massage into the feet.

Oral: Take 1 or 2 drops directly under the tongue of milder oils a few times daily; or add 1 to 5 drops of essential oil in a capsule and take every 4 to 6 hours.

Essential oils work with your body through multiple pathways and mechanisms of action to help restore health. Using them responsibly and wisely will help you stay healthy all season and get back into your normal routine more quickly.

These statements have not been evaluated by the Food and Drug Administration. This information is not intended to diagnose, treat, cure, or prevent any disease. Seek appropriate medical advice if you have an illness of or medical condition. Consult an informed healthcare professional before using essential oils.