You are here: Home / physical activity 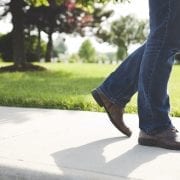 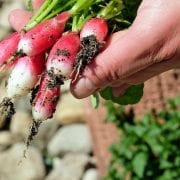 If you’re like most people, the older you get the more concerned you become about developing cardiovascular disease (CVD). You probably also know that regular physical activity decreases the risk of CVD. Too often we associate regular physical activity to long bouts of exercise in the gym when the reality is cumulative daily activity through everyday tasks can be just as beneficial. Don’t take my word for it, research from the Swedish School of Sport and Health Sciences suggests simple activities — like gardening — can reduce CVD risk.(1)

Age is certainly a factor when it comes to CVD risk according to statistics. Surprisingly, the American Heart Association estimates that males 45 years or older have a lifetime risk of developing CVD near 67 percent. Women fair only slightly better with close to a 50 percent chance of developing CVD. Cardiovascular diseases currently account for about one-third of all deaths in the United States taking a huge toll on families and economies. It is estimated that 935,000 heart attacks and 795,000 strokes occur each year, and CVD costs are estimated to be an astonishing $444 billion annually.

What the researchers observed was that those who were most physically active reduced their risk of heart attack and stroke by 27 percent and risk of all-cause mortality decreased by 30 percent, when compared with the least active participants. Remarkably, the physical activity didn’t need to be formal exercise in the gym. Rather, being generally active in daily activities, such as gardening, fishing, car maintenance, do it yourself and berry picking, was linked to decreased risk. This is important considering many individuals over age 60 choose not to exercise, but are likely to go fishing or to garden.

The take away of this study is that seniors can reduce CVD risk by participating in regular daily activities requiring movement. On the other hand, remaining sedentary can disrupt tissue, organ and cellular function, which may lead to ill health and increased CVD risk. The study authors recommend more than two hours of light-intensity activity (doesn’t cause you to sweat), or 30 minutes of moderate-intensity activity (makes you sweat) every week to get the greatest benefits. For tips to make activity a way of life see pages 107-108 of see The Doctor’s Guide to Surviving When Modern Medicine Fails.