You are here: Home / licorice 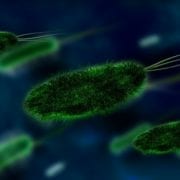 H. pylori is typically treated with “triple therapy.” This involves the simultaneous administration of two antibiotics to kill the bacteria with an acid reducer (esomeprazole, lansoprazole, omeprazole or pantoprazole). The acid reducer decreases stomach acidity to improve the action of the antibiotics. Side effects of triple therapy include diarrhea, constipation, nausea, vomiting, stomachache, headache, dark colored stools, vaginal itching/discharge, muscle weakness, mood changes, and yellowing of the skin or eyes.