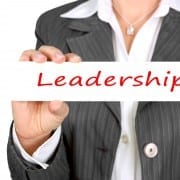 Today’s society all too often judges a person based on their race, gender, ethnicity, wealth, possessions, fame, awards and even the degree(s) they hold. Those with the most wealth and the loftiest degrees from elite universities are often revered as leaders. But, is this truly what leadership has become—fancy degrees and affluence?

Henry Ford was born on his father’s farm in Dearborn, Michigan in 1863. His mechanical ability was demonstrated early on, when he taught himself—and other local boys—to build steam engines and water wheels, and to fix watches. Driven to learn more about the machines that fascinated him so much, he apprenticed wherever he could learn something new. Ford did not invent the car, nor the assembly line, but he took these concepts and improved upon them to implement his dream for the future. His only formal education occurred at Goldsmith, Bryant & Stratton Business College, yet his vision completely transformed the automobile industry (making automobiles affordable for the middle-class) and really the world as we know it.

One of the most influential businesspersons of all time, Walt Disney was a pioneering force in cartoons and the mastermind behind the most popular theme park in the world—Disneyland. Born in Illinois, Disney spent much of his childhood drawing, painting, and selling pictures to neighbors and friends. He attended the Chicago Art Institute, but dropped out to join the Army, only to be rejected because he was underage. Rejected by the army, he joined the Red Cross and drove an ambulance in France instead. Disney’s innovative ideas transformed the way the world looks at animation, introduced some of the most beloved and well-known characters in the world, and his accomplishments are an extraordinary example of hard work leading to success in business.

Steve Jobs co-founded Apple Inc. and produced some of the best animated stories to date with his animation company Pixar. His biological parents placed him for adoption, which lead him to a mother and father who was an accountant, machinist and Coast Guard veteran. Jobs worked on electronics in the family garage with his father, instilling skills that would benefit him later in life. Those who knew him well during his childhood call him an innovative and intelligent thinker that struggled and experienced severe frustration in formal schooling because of boredom. A college dropout, Jobs leadership and innovation at Apple helped the company pioneer several revolutionary technologies that have dominated the global mobile phone and tablet industry.

These are just three examples of uber-successful leaders and visionaries who left an enduring mark on the world. While self-education and the sum of experiences isn’t always the way leaders and innovators are produced, it certainly proves that this route to leadership is very possible. It also suggests that success is not contingent of formal education and that huge contributions to society can be made by so called self-made individuals. Indeed, Jim Rohn once said “Formal education will make you a living; self-education will make you a fortune.”

The reality is leaders don’t always have fancy degrees and letters behind their name; they share passion, drive and the desire to inspire others to be leaders. The measure of a leader is not the degrees and accolades which the leader has collected, but his ability to inspire others to greatness and to improve the lives of others. Leaders recognize that they don’t have all the knowledge they need to realize their goals. Instead they attract the right people to achieve success and surround themselves with other strong and successful people. Innovative leaders create lasting change in the world. They take concepts, whether their own or an existing idea, and develop and promote those ideas until they become the vision of what the future should be. The greatest leader of all time was Jesus Christ. He recognized that if serving people is beneath you, leading people is above you. He tirelessly served others, added value to them, and dramatically changed lives for the better. His desirability was not his wealth, formal education, or appearance, but his attributes and skills demonstrated so perfectly. Jesus operated from a fixed base of principles and truths that made his leadership style not only correct, but constant. He loved others with perfect love, trusted his followers to share in his work, listened without being condescending, and put his own needs second to the needs of others.

Everyone needs mentors and leaders. Leaders who will add value to them and help inspire them to greater things. We thirst for leaders that embody the attributes of Christ’s leadership. Unfortunately our expectation of a perfect leader like Christ will remain unfulfilled among flawed men. Flawed men make mistakes. The difference between flawed men and those who become leaders is leaders learn from each and every mistake to improve and realize success. Our challenge is to distinguish between true leaders from those who falsely lead. False leaders change their views to fit situations, desire control or people and situations, seek to manipulate, and are motivated by power at the expense of principle.

It’s time that we evaluate leaders and human beings based on their contribution to society, their ability to inspire others, and their ability to improve lives; not the degrees they hold, the wealth they have obtained, or other superficial attributes.